Regular readers and occasional visitors alike will have seen my previous posts about the possibility of a Institution Of Civil Engineers social summer bicycle ride through the lanes of Essex, Suffolk and Hertfordshire.  We have decided that this cycle will go ahead on Sunday 7th July 2013 starting at 9am in historic Stansted Mountfitchet and returning to the start via a selection of routes giving different length rides.  I have been firming up these routes as below….

The routes are built around a principle of starting and finishing at the recreation ground in Stansted Mountfitchet.  I am looking into finding a local business that would allow us to park in their car park for the day.  This may mean moving the start slightly – but not too far from J8 of the M11.  The other principles are a visit to Steeple Bumpstead in the north-east as it has relevance due to the works going on there at the moment, plus a mid point (ish) stop for coffee or lunch at a pub in Audley End.

An overall route map is as below with the various route legs/stages shown  Since producing this map I have decided the cycle is best done in a clockwise direction so the stage numbers are in the reverse order and do not merit changing.  Going anticlockwise gives two distances of 9.2 miles or 20.5 miles which should allow both groups to arrive at the pub in Audley end at roughly the same time for coffee and snacks.  The routes back are quite different in distance but with people heading off as and when they arrive back that actually makes more sense.

With the stages shown above there are various options for overall length of ride as below:

All the routes are relatively flat with no serious hills and keep to minor roads where at all possible.  At time of writing I have not ridden or driven any of the proposed routes but I anticipate having done so before the ride.  The routes won’t be way-marked and there will be no marshals – it is essentially a couple of  groups of people out for a social ride and the organisers will not bear any responsibility for any eventualities arising from taking part.  I do anticipate that riders will stick together in groups and that each group will have a nominal leader who will know the route and have a route map.

The ride is principally for members of the Institution of Civil Engineers and the their friends however there is no practical limit on numbers so if you fancy joining us regardless of whether you are an ICE member or not then feel free to drop me a note and I’ll add you to the list.  I’ll even accept Architects 🙂 All I ask is that you let me know you intend to come so I can forward you further details and have an idea on numbers planning to do which distances.

Details of the individual stages is provided below.  These were written as for doing the overall in an anticlockwise direction and so should be read in reverse (if you know what I mean):

Stage 1 takes the riders from the start in Stansted mountfitchet to Debden Green – a distance of 7.4 miles. Everyone taking part will cycle this stage together.  the route leaves Stanstead Mountfitchet on the B1051 Thaxted road which may have some degree of traffic.  It passes over the M11 and through the village of Elseham before turning off at approximately 2.7mi onto a country lane.

The route then passes through the pretty villages of Henham; Woodend Green; and Hamperden End before finishing in Debden Green.  A stage map with vertical profile is included below.  A live version of this map can be found on my Runkeeper routes page here. 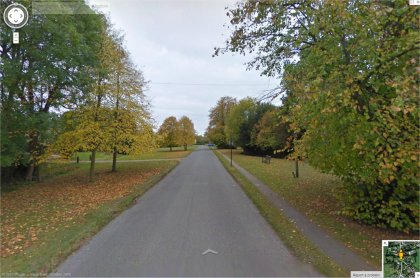 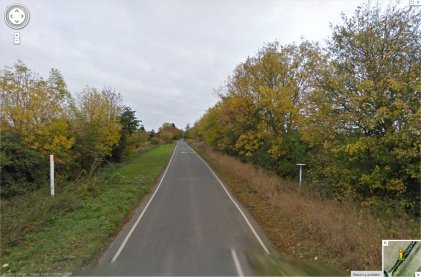 Stage 2 is for any riders who have decided to do either the 25 or 36 mile routes and takes rides north up through Debden village before turning off west through to Newport then north again up the B1383 to Audley End.  This section is only 7.1 miles and wouldn’t take long to do.  Much of this stretch is on slightly busier looking roads however there is little option unfortunately.  The route is also on a constant but slight uphill grade.

This stage ends at the Bell Inn in Audley End.  Riders taking this route will probably arrive quite a long time before those doing stages 3 and 4 and so may either have a long wait or may chose to continue on without waiting for the others.  A stage map with vertical profile is included below.  A live version of this map can be found on my Runkeeper routes page here.

Stage 3 will see riders taking on the 47 or 58 mile routes splitting from the shorter ride group and heading north east through the rolling Essex countryside to the village of Steeple Bumpstead just south of Haverhill.  The stage is 14.5 miles long and has a few inclines to deal with but nothing that will trouble our group.  The route initially heads south east before turning east and passing through the pretty village of Thaxted.

Not long after leaving Thaxted on the Bardfield Road the route heads off onto country lanes passing through Little Sampford before a couple of sections on the B1057 brings the group into Steeple Bumpstead where there will be the opportunity to rest and maybe see some of the flood management works that are currently ongoing.  A stage map with vertical profile is included below.  A live version of this map can be found on my Runkeeper routes page here.

Stage 4 is the return leg from Steeple Bumpstead to Audley End that sticks to the lanes across to Ashdon then follows the Waldon Road / Ashdon Road into Saffron Waldon and then on to the Bell In in Audley End for a refueling stop.    Depending on the relative speeds we may hook up witht he group doing the 25/36 mi options although I suspect they may have left before we get there.  This leg is 15.2 mi and should take around 60 mins.

A stage map with vertical profile is included below.  A live version of this map can be found on my Runkeeper routes page here. 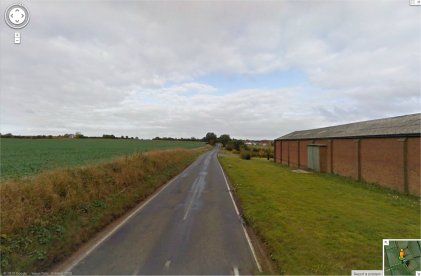