Had a fun evening out last night – went to Wembley Stadium to watch Saracens vs Ospreys in the Heineken Cup rugby plus Ronan Parke and Tinchy Stryder sing both pre-match and at half time. It was cold, Tinchy Stryder was okay and the rugby was excellent.

Our attendance was principally driven by my daughter’s desire to see Tinchy Stryder sing again (I have taken her to see him on two previous occasions) though she and the boy both said they were keen(ish) to watch the rugby and I hadn’t yet had reason to go to an event in the (relatively) new stadium so we booked tickets for the three of us at a total of £31. Not bad I thought.

Despite heavy traffic at the A405 junction next to Brent Cross Shopping Centre (should have gone down M1) we got there in good time and parked in the official CSP Wembley car park having pre-booked. £17.50 is expensive but it is easy and reliable.

Pre-game entertainment started with 750 kids going for the world record biggest scrum (which they did – well done) followed by Ronan Parke doing two songs (covers) and then the main man Tinchy Stryder. He sang three songs on a small stage on our side of the stadium so although not too far away the angle was awkward to watch but daughter thoroughly enjoyed. The team mascots finished off by entering the stadium down a zip wire (different)

The rugby was pretty good in both halves and the kids sort of enjoyed it through the cold. It was quite an even game though the Sarries managed to stay in front all the way and come away witht a 31 – 26 victory. A full game report can be found on the Saacens website here.  There was a good crowd at over 40,000 and it was great to see so many kids there.

Half time entertainment was another song each from messers Parke and Stryder with the Sarries Sensations (cheerleaders) and the mini sensations doing some dancing – partly to the singers.  There were amusing moments when sections of the crowd tried to get a Mexican Wave going.  They did eventually get one to go around the ground a few times which the kids thoroughly enjoyed joining in with.

It was damn cold so part way through the second half we baled out and headed home avoiding the chaos in the car park and using the M1 this time to head north.  Evening capped off with a McDonalds on the way home.  Home at 9.15 in time to see the end of xFactor which was on at Wembley Arena at the same time.

More photos below and on my Picasaweb photo sharing website here. Quite pleased with the pics considering inexpensive camera, poor lighting (relatively) and seat position. 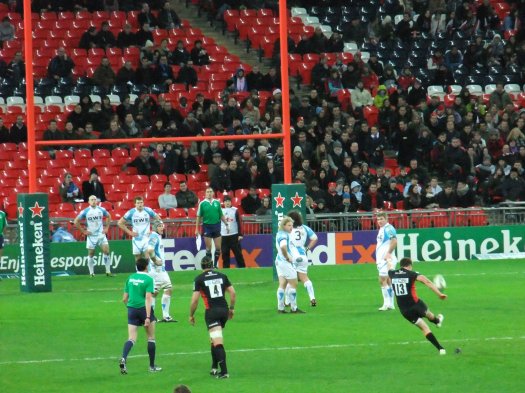 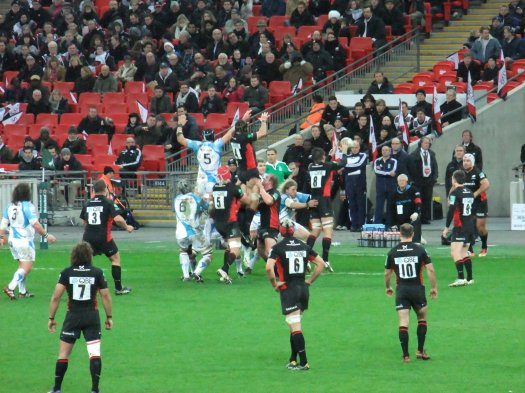 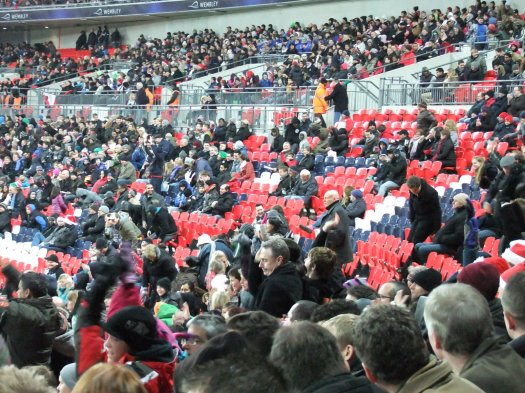 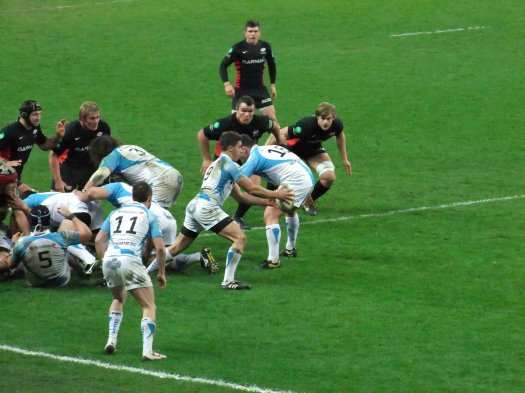 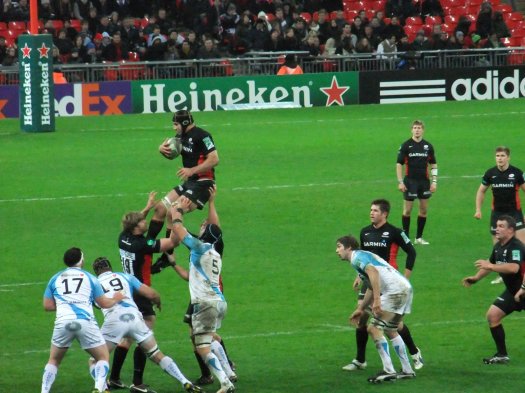